(CNN)Skier Darya Dolidovich has fled Belarus after being barred from competing in the Winter Olympics over accusations regarding her involvement with the country’s opposition movement.

The 17-year-old cross-country skier was stripped of her International Ski Federation (FIS) code — which is required for athletes to compete in events run by the governing body — back in December. It followed a decision from the Belarus Cross-Country Skiing Federation, according to Reuters.
Dolidovich told Reuters in December that the ban — which precluded her from competing in the Beijing Winter Games — came after sports officials accused her of “supporting” the country’s opposition.
CNN has reached out to FIS, the Belarus Ski Union, and the Belarus Cross-Country Skiing Federation for comment on Dolidovich’s case. 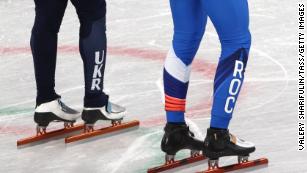 Darya’s coach and father, Sergei Dolidovich, is a seven-time Olympian who has spoken out publicly against Belarusian President Alexander Lukashenko’s regime and took part in street protests following the disputed presidential election in August 2020, which was marred by fraud.
Darya confirmed that her family had relocated to Poland during a video interview with Reuters Wednesday.
“I couldn’t have imagined, even in a nightmare, that I would end up leaving my country three-four months ago. It feels like tomorrow I’ll take the plane or car back,” the teenager said.
“I had planned to finish school in Belarus, but my parents said that we were moving. I think it’s for the best for my father as well. I’m upset, of course,” she continued.
Sergei told Reuters the family had been targeted over their political views, and that his daughter’s right to compete had been taken away.
“Darya has been stripped of her right to do sports or take part in competitions. I don’t see the possibility of her continuing her career in Belarus. It all happened due to such made-up reasons. I see no chance for her to continue doing what she loves and make her dream come true,” he said.
Dolidovich is one of several Belarusian athletes who have banned from competing or forced to flee the country in the last year, due to their criticism of sporting authorities or President Lukashenko’s regime.
Belarusian sprinter Kristina Timanovskaya received a humanitarian visa from Poland in August, following her abrupt departure from the Tokyo Summer Olympics after she said team officials tried to forcibly send her home over her public criticism of national sporting authorities.
published by: CNN